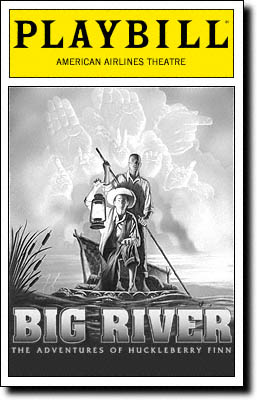 This is an amazing production of Mark Twain's story of Huck Finn, told in English and American Sign Language.  It is a limited run, due to end September 14, 2003 but I would hope that a production like this would transfer and continue.  It's that good.  Although it does not appear that a transfer is imminent, there is a tour planned. 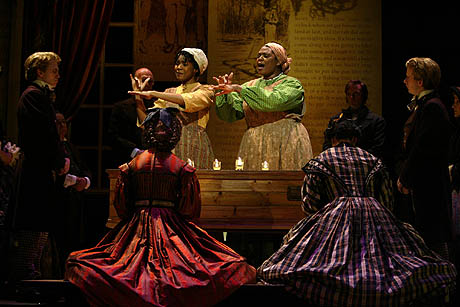 Deaf and hearing actors perform side-by-side, hearing actors voicing for deaf actors.  The sign language is choreographed so beautifully, it adds to the very sweet story and music. 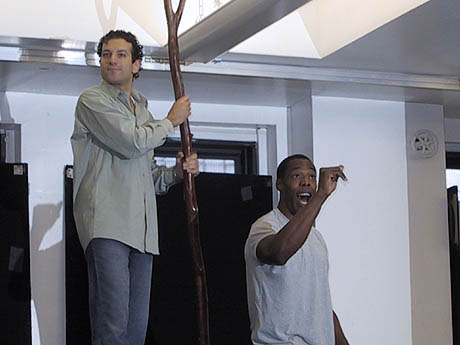 This picture is from rehearsal.  Deaf actor Tyrone Giordano (left) plays Huck and his words are voiced by Daniel Jenkins, who plays the narrator, Mark Twain, and played Huck Finn in the original production of Big River in the mid-80's.  Michael McElroy (right) plays the slave, Jim. 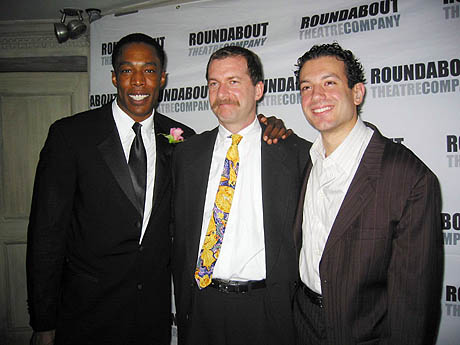 All pictures courtesy of playbill.com.

Playbill News: scroll down for story about Michael McElroy